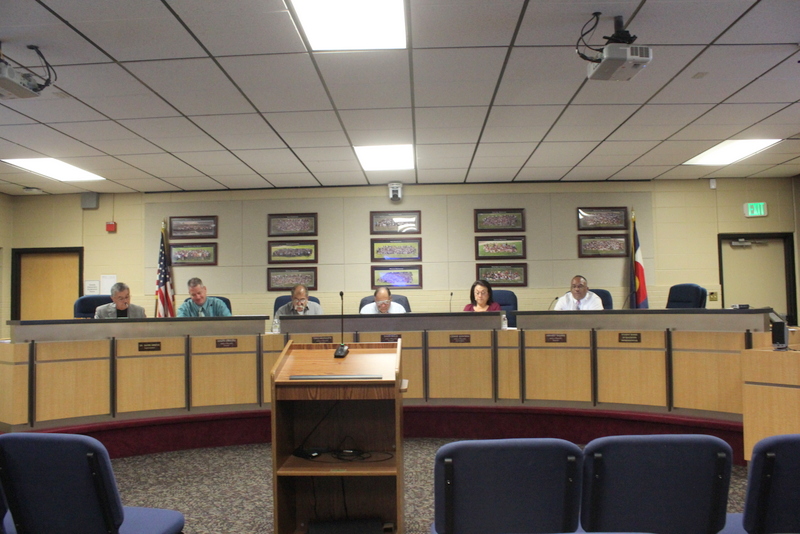 Members of the Rocky Mountain Peace and Justice Center (RMPJC) said they will not stop until all area children are safe from exposure to the remaining contaminants to the Superfund site.

On September 26 members of RMPJC told the Adams 14 school board of the ongoing and expected longtime dangers of exposure to the plutonium and other contaminants that were used in the manufacturing of nuclear bomb triggers and are believed to be impossible to eradicate despite a cleanup effort that lasted years past the closing of the plant in 1989.

Chris Allred, a member of RMPJC told the board last month, “This is is an urgent matter of public health for all students in the Denver metro area because US Fish and Wildlife plans to open the Rocky Flats Wildlife Refuge in the Summer of 2018.”

Over the spring, the US Fish and Wildlife Service held a series of community meetings informing of the Service’s plans to open up the area including trails and a visitor center.

Allred said that the proposed trails were too dangerously close to surface soil where residue Plutonium 239 and 240 still remain according to a 2006 Kaiser-Hill Study.  The board received maps provided by Allred detailing locations of the contamination.

Rhonda Adkins, a registered nurse responded to the vote,  “They seemed as though they had already weighed the evidence and the information that had already been presented to them.  They seem to have taken that to heart.  There’s now a trend of the school districts around Rocky Flats to take the potential risks very seriously.”

BOARD OF EDUCATION
ADAMS COUNTY SCHOOL DISTRICT 14
BAN OF ADAMS 14 SCHOOL SPONSOSORED FIELD TRIPS TO THE FORMER ROCKY
FLATS NUCLEAR WEAPONS MANUFACTURING FACILITY SITE
WHEREAS, According to the Environmental Protection Agency (EPA), the 6,240 acre Rocky
Flats Plant operated from 1952 until 1989 manufacturing trigger mechanisms
from various radioactive and hazardous materials; and
WHEREAS, The Rocky Flats Plant, according to the EPA and media reports suffered accidental
spills and other safety failures such as serious fires in 1957 and 1969; and
WHEREAS, The activities of the Rocky Flats Plant over nearly four decades led, according to
the EPA, to contaminated soil, sediment, groundwater and surface water with
hazardous chemicals; and
WHEREAS, Since the decommissioning of this nuclear weapons facility and its designation as
a federal superfund site followed by more than a decade of facility removal and
cleanup, there remains strong concern by some scientists and others, as the
health safety of the Rocky Flats site;
THEREFORE, BE IT RESOLVED: that the Board of Education of Adams County School
District 14, Adams County, State of Colorado, directs that no Adams 14 sanctioned field trip to
the Rocky Flats site involving district students is permitted until such time as the Board rescinds
this resolution.
ADOPTED AND APPROVED this 10th day of October 2017.
Andraa von Boeselager
Please follow and like us: