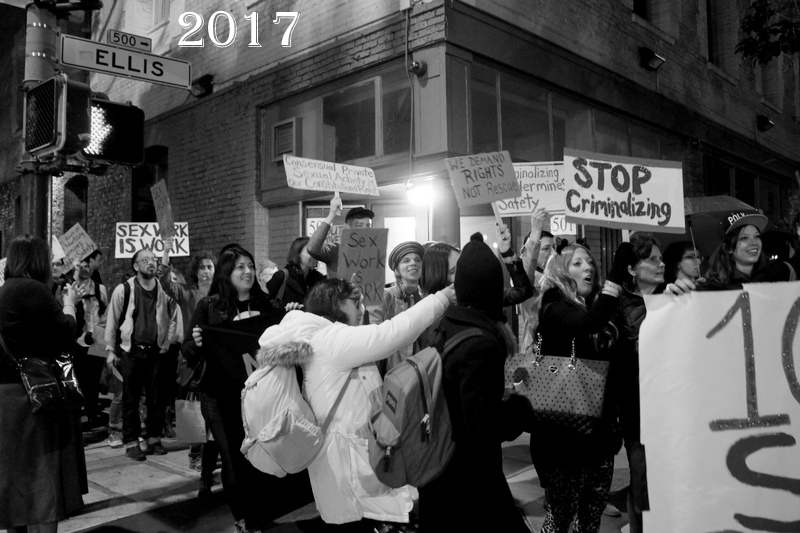 At the time 100 years ago, an atmosphere of targeting sex workers in the Tenderloin District of San Francisco was abundant.  Anti-vice reformer Reverend Paul Smith who presided over the Central Methodist Church at the corner of Leavenworth and O’Farrell Streets lead this effort.

On January 25, 1917 Reggie Gamble and Maude Spencer, two madams of the Uptown Tenderloin district, organized a demonstration against the planned Valentine’s Day eviction of San Francisco’s brothels.  A group of about 300 prostitutes marched to Reverend Smith’s church and took over the podium.

Current sex workers and their supporters wanted to recognize what happened a century ago, at the very location (the church was converted to apartment homes later in the century), with the very words that were spoken in 1917 by Reggie Gamble:

“We women find it impossible to exist on the wages of $6-7 a week that are paid to women in San Francisco.  Most of the girls here present came from the poor.  Your sphere is among the well-to-do.  These girls would be better off in houses of prostitution than they would be as individuals because at least they get what little protection could be afforded them by the house.  Nearly every one of these women is a mother, or has somebody depending on her.  They are driven into this life by economic conditions.  People on the outside seem oblivious to this fact.  One of the girls told me that her brother, a Methodist minister, when she applied for help to him, only told her to trust in God.  You can’t trust in God when shoes are $10 a pair and wages are $6 a week.  I have the same respect for spiritual faith than anyone has.  Which of the members of your congregation will take any of these women into their homes or pay them the proper living wages, or see that they have the care and attention that they need?  You said that you didn’t want women like this to come near your church.  You want this section of the city to be free from their presence.  That is quite different from the attitude of the son of Mary toward the Magdalene.  Jesus did not scorn the Magdalene as you have done.  You want this city cleaned up around your church.  But where do you want the women to go?  Have you made any arrangements by which they can make their living elsewhere.  There are women in you sphere of life that who say to their sons that they much have their fling and sow their wild oats.  If people in respectable walks of life had taught their sons to respect womanhood, and not be content nearly to be the mothers and fathers of young blood, many of these women now present would not be here.  Why don’t you go to the big business houses?  Why don’t you go to the legislature and change the conditions?

Men here in San Francisco say they want to eradicate vice.  If they do, they better give up something of their dividends and pay the girls wages so they can live.  You won’t do anything to stop vice by driving us women out of this city to some other city.  Has your city and your church a different God that you drive evil away from your city and your church to other cities and other churches.  If you want to stop prostitution, stop the  new girls from coming in here.  they’re coming into it everyday.  They will always be coming into it as long as conditions, wages, and education are as they are.  You don’t do any good by attacking us.  Why don’t you attack those conditions.”

This particular rendition of Gamble’s original speech was read by Carol Queen, founding director of the Center for Sex and Culture, an organization that is in the process of collecting sex workers’ individual stories.

To kickoff the 2017 centennial event prior to the march, authors Ivy Anderson and Devon Angus gave a reading of their newly released book Alice: Memoirs of a Barbary Coast Prostitute, a history of sex work in San Francisco from 1849-1917.

In 2015 by chance, Anderson and Angus discovered the 1913 published memoirs of sex worker Alice Smith.  The history of sex work and the contributions that the sex industry had on San Francisco’s own history was obvious to the two authors, the further they researched.  This included the attempts to destroy the brothel system between 1913 and 1917.

The 1917 Red Light Abatement Act targeted what became segregated districts where brothels existed freely and openly in neighborhoods such as the Barbary Coast neighborhood and the Tenderloin District.

These neighborhoods evolved over time following the early founding of San Francisco.  The 1848 discovery of gold outside of Sacramento contributed to a boom in population in San Francisco of mostly males who initially outnumbered women 50 to 1.  “Most of the women who came out were professional prostitutes because they saw an opportunity to make some money off of these lonely single miners who had chunks of gold in their hands,” explained Anderson.

But Anderson described an early culture of prostitution very different than what exists today.  Prostitutes were respected, considered cultured, and were sought after as public escorts to the fanciest of social events including dining halls, restaurants, and performances.

Another culture, that of transgenerism, was also practiced openly.  Gender-bending and cross-dressing entertainment, and gay culture was open and accepted.

Sex work and brothels were protected by police as well.

Racism within the industry though has not changed over time.  Black prostitutes earned about half of white prostitutes.  Chinese women were described by Anderson to be an “almost enslaved” class at the time.  Standards of living varied based on race and age.

But the advantages of the industry as a luxury was short lived and in 1856, a vigilante committee was formed and sex workers began to experience oppression and what might be described as jealousy by those who did not work as sex workers.

Rachel West who organizes with the US PROStitutes Collective (US PROS) said 100 years since the 1917 Red Light Abatement Act, that sex work has experienced 100 years of criminalization and the elimination of prostitution, “Since then, thousands of new laws have been introduced against prostitution most heavily enforced against women who work the streets – as happened then – disproportionately targeting women of color.  West referenced the recent crackdown or legislation against websites where sex workers advertise their services including Backpage, Craigslist, Redbook and Rentboy, “What was clear in 1917 and what is clear today is that criminalization is really a crisis for sex workers.  It’s really created a lot of suffering.  In spite of all this repression, sex workers haven’t stopped working, it hasn’t eliminated prostitution because sex work is an economic necessity in the vast majority of cases.”

The group marched from the Tenderloin Museum to the corner where the Central Methodist Church once existed at the corner of Leavenworth and O’Farrell Streets.  Several cars honked as the group chanted, “Stop policing, stop witch hunts!  Do you makeup, do your hair, prostitutes are everywhere!  Decriminalize consensual sex work!  No bad women, just bad laws!  We demand rights, not rescue!”

Upon arrival to the corner of the former church, the Sex Workers Manifesto was read that included concepts about how few changes have taken place over the century, “Today, sex workers are still demanding rights.  Nothing about us without us.  We are deprived of our rights to livelihood, privacy, free speech, and free association.”

At the march The Nation Report posed the same question to three who were marching:  What message do you have to the sex worker who is standing here in 2117?

“My message would be to keep fighting.  You have every right to be who you are and to do this work and we can’t let people tell us what to do with our own bodies.”

“In 2117, it’s my hope, and the thing I would like to inspire, is for workers to ban together and to recognize their own power collectively to gain whatever kind of economic, social, all of those things to get power for themselves and rally against boss’ exploitation and have power for workers.  Once we’re decriminalized as a class, I kind of think we’re all enough people with ingenuity and innovation to be folks to help the rest of the laborers organize towards more liberation as well.”

“I support consensual sex work.  I think people have a right to their own body and their own choices.  They’re the smartest people to make those decisions and that the state enforcing morality law through the guise of trafficking is misguided.  I think that trafficking does exist, but not at the rates that people claim it does and that we obsessively go after consenting adults, but ignore trafficking in domains that are outside of sex such as just general labor trafficking.  I think a lot of the groups that claim to save women actually oppress them either through law or just through a lack of outreach and services and I think that all people who believe in personal freedoms and personal liberties have an obligation to come out and support those in our community who are oppressed.” 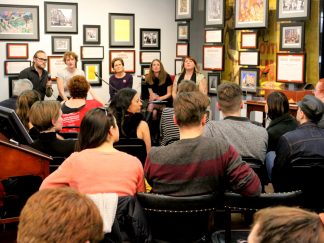 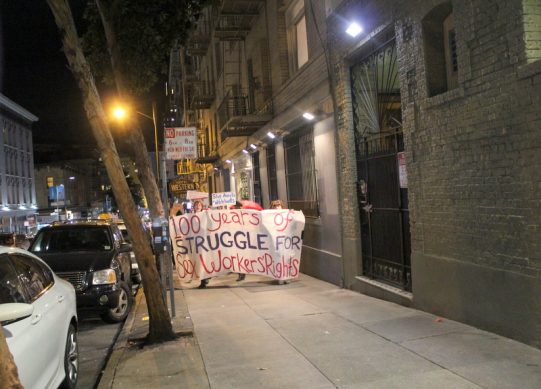