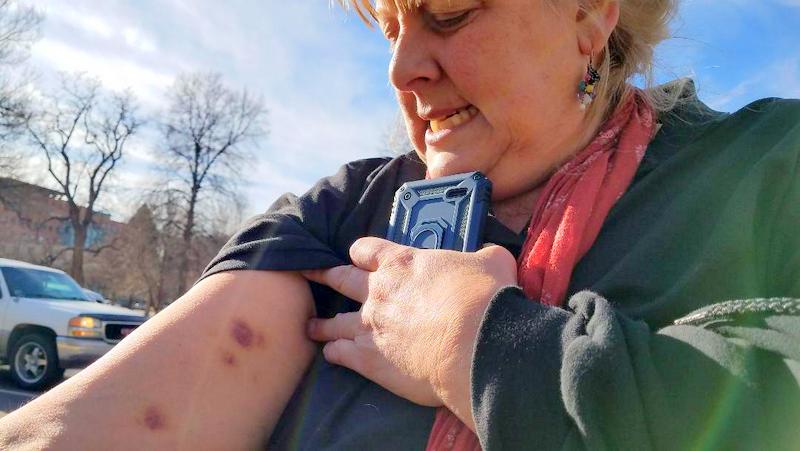 December 20 – Homeless right activist Janet Matzen shows some of the injuries she received while being arrested in Lindsay Flanigan Courthouse in Denver. She was attending the trial of a colleague who was charged during the September Extinction Rebellion School Strike for Climate Actions. Matzen alleges that Sheriff Deputy Bret Garegnani assaulted her during the arrest. Garegnani was originally suspended for in-custody homicide of Michael Marshall, but his suspension was overturned by a hearing officer. Despite calls for charges against the officer for that incident, as well as a firing, the deputy still remains employed. Matzen has been preparing a community meal out of her own kitchen for those living on the street for over five years and has been instrumental in persuading area businesses to oppose Denver’s urban camping ban.