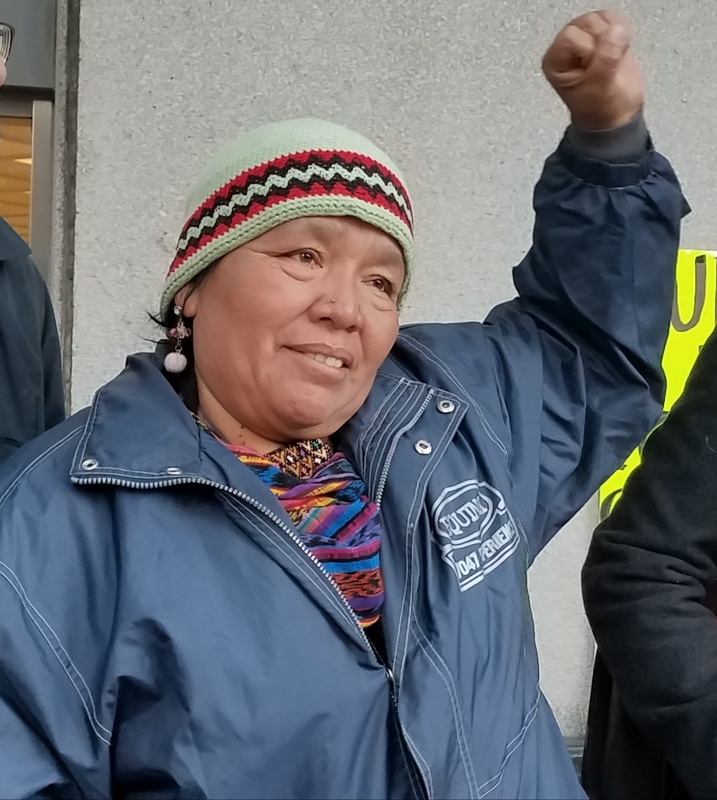 November 8 – In a case that has lasted over 10 years, the residents of Lote 8 in Guatemala are still seeking justice for the 2007 raid and destruction of their village. Most women were raped and beaten while their husbands were away in the fields causing multiple miscarriages of pregnant women whose homes were burned to the ground by police and guards of Hudbay Minerals of Canada. This is Angelica Choc whose husband was killed in the raid. She said she will never stop fighting.