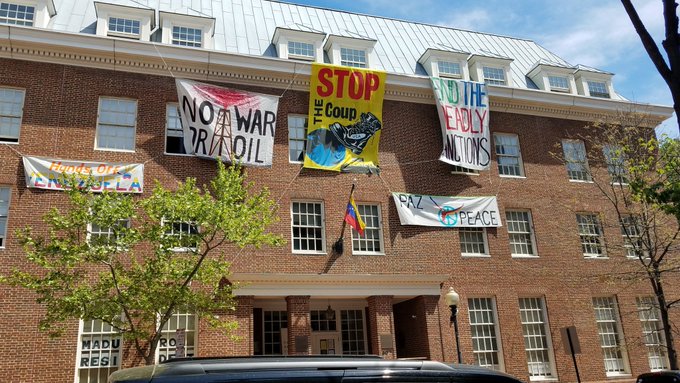 This photo marks the early days of the takeover of the Venezuelan Embassy by a group calling themselves Embassy Protection Collective. Under the authority of the Venezuelan government (who provided keys to the group) the protectors occupied the embassy until May 16 when DC police raided the building. Occupiers cited Article 22 of the 1961 Vienna Conventions on Diplomatic Relations which requires signers to protect other embassies on their soil. The four arrested face trial in January 2020, and the larger issue of international law will be raised during litigation. The Nation Report reported from inside the embassy from April 24-27 when a possible raid was rumored.