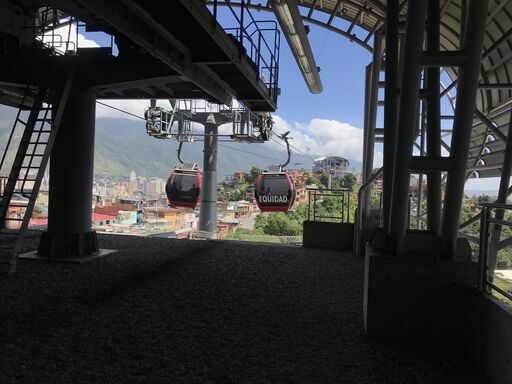 November 27 – One of two gondolas in Caracas. Each pod is named after an element of socialism. This pod was named Equidad, Equity. The government had planned to build five gondolas in Caracas, but only two have been finished and are in operation. Because of the illegal and unilateral sanctions imposed by the US Venezuela cannot import the parts to complete the project. These gondolas are free to the public and are used by the poor who live in the hills surrounding the city. Without the gondolas as transportation, it would take residents of these neighborhoods all day to walk down to buy groceries or go to the bank and then back home again.